A big step forward and lessons learnt along the way.

For goal races, I usually wake up before the alarm goes off. October 13th was no different. Despite the 3:30 am wakeup, I slept unusally well considering it was the night before the race. I KT taped my foot carefully, which I had to do throughout the training cycle to defend against feet issues. After the usual overpacking of gear check bag, I joined my Dashing Whippet housemates on the train ride to the starting line. 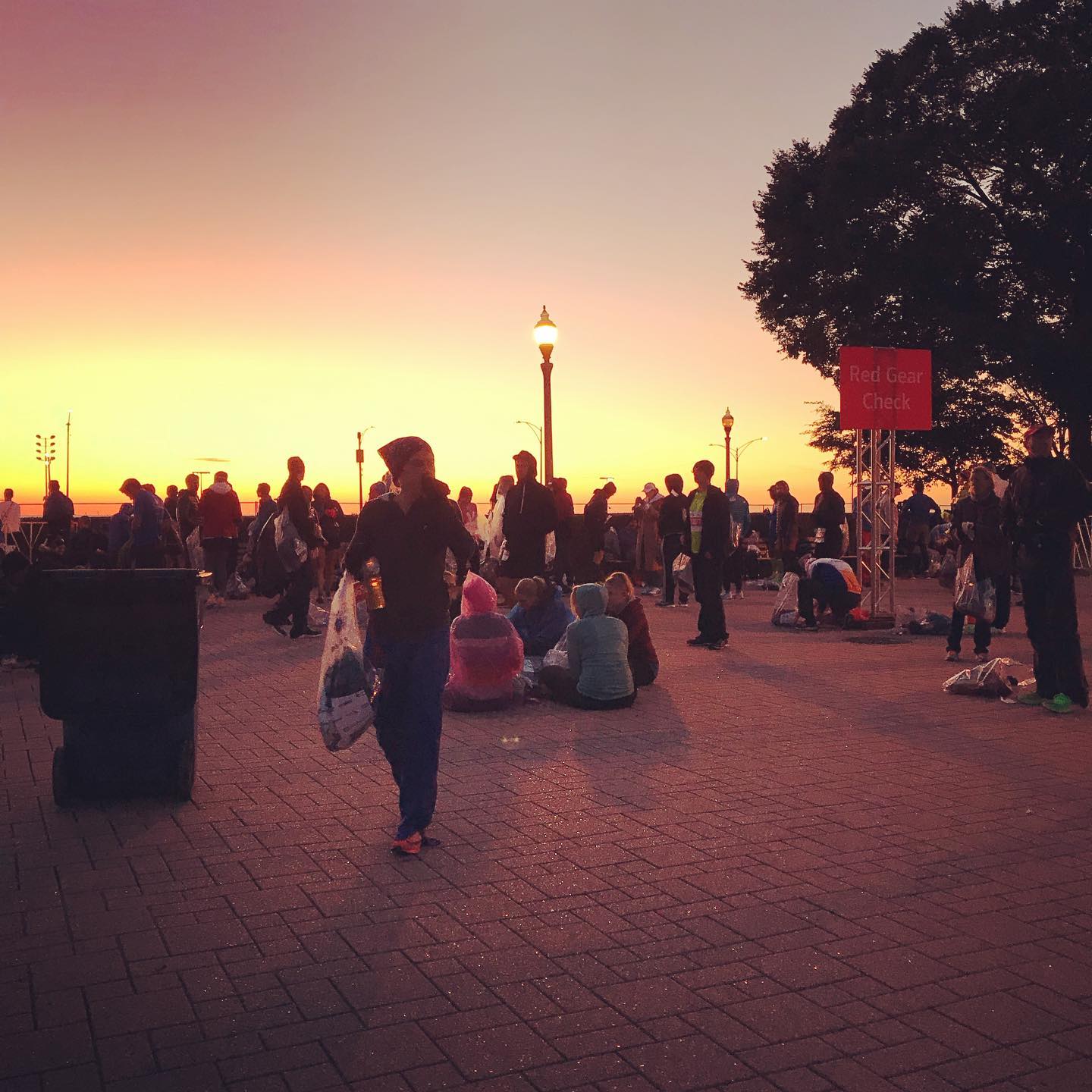 In the race village, I watched the sea of green feet (nike Next %s), and waited till it was time to get to the start line. The race corral was already busy over half hour left before race start. I went through the motions of shedding extra clothing, doing warmups in the cramped environment and holding back the nerves. It was colder than I expected, which wasn’t a bad thing at all. It would stay cool during the whole race, which meant overheating never became an issue.

At the start line, I felt good. No major injuries have cropped up since March, and training went as well as it could. Despite that, I wanted to stay committed to running a smart race. Marathon is too long of a race distance to predict an outcome and I wanted to stay within myself as long as possible.

I saw the 3:15 pacemaker, and realized I was in two minds whether to go with him or not. I decided to trust my training and focus on running my own race.

The race began, and in the beginning mile I stayed attentive to what my body was telling me. The surge of adrenaline wanted me to speed up, but I held back and moved with caution. At mile 1, I heard my name from a friend cheering and immediately felt better. It is so valuable to see familiar faces during a race.

As early as mile 2, my GPS was completely haywire. I had to stop paying attention to the speed that the GPS was showing me and decided to count every 5k interval instead. I knew those times by heart from training.

I got to 5k within the limit without much issues. Chicago is one of the best marathons, and crowd support is a big part of that. The first half of Chicago is electric, with non stop crowd support, and they showed up strong on an overcast, windy day. It feels as if hundreds of thousands of people are on your side, and you want to run well for their sake.

Then next 5k also went fairly quickly. I have found the miles between 8-12 mentally tough during training and it was definitely no different during race day, injecting some doubt into my race strategy. Every person racing at their limit must battle negative thoughts, there is really no other way. 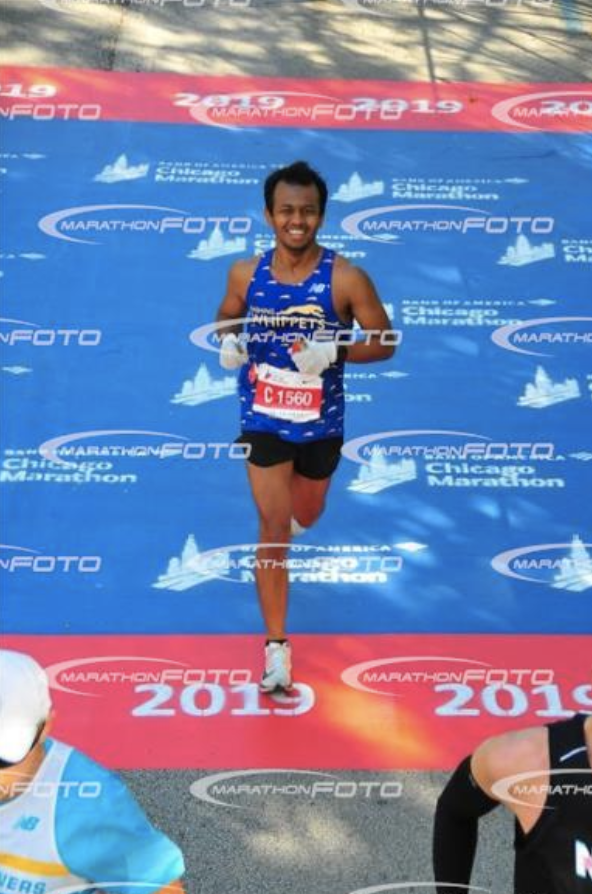 At 15k, I was able to keep a buffer of over a minute. It wasn’t clear to me whether the pace was sustainable the whole course. I wasn’t looking at the watch until a 5k interval, so there wasn’t much to rely on other than how I felt running. I kept repeating the words in my head.

Stay as calm as a Tibetan Monk.

Only a couple hours or so and I can go run trails.

Around mile 11 or 12 during the race, another runner cut sharply into my path, a near collision. As I looked at him, I went from bewilderment to anger to laughing out loud in the period of a second. “Wherever you are trying to go dude, I hope you get there”, I said silently as I shrugged and carried on.

I thought about getting to the start line and getting up to this point. I thought about the Tuesday night tempo workouts, Thursday night speed workouts in East River, Saturday morning long runs, all the work that went in. Even if the race fell apart at some point, there would solace in knowing that I came this far. Maybe I could go on for another 5k.

Once I passed 20k, I was getting more in the zone. There is a lot of beautiful Chicago neighborhoods the race takes you through. There are people carrying signs and blasting music and screaming words of affirmation from the sidelines. I don’t remember any of them specifically though. I remember staying close to the blue line as much as possible, which marked the point to point 26.2 miles on the course.

I crossed 13.1 miles at 1:36:21, well within goal time and feeling well. I was feeling well with the pacing, at the same time the relative effort was feeling harder with each 5k. I was feeling searing pain in my foot, but there wasn’t much I could do. The only possible option was to continue forward.

The plan was to stay ahead of hydration and nutrition, and it got me very well up to 25k and then onto 30k on pace. Around then my stomach started cramping up, meaning I was no longer able to take in more gels. This is the point of the race when the mental game really begins. I was still holding out hope for a late surge, but it would prove to be wishful thinking. 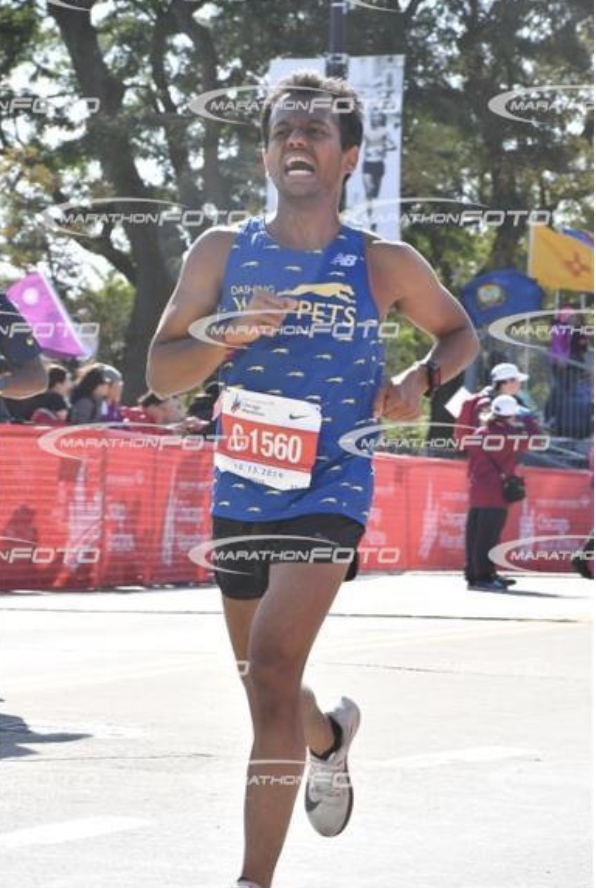 Past 35k, this is where the race got really difficult. Each mile felt like it spun forever and legs felt heavier. This is also the part of the race where the crowd thinned out, so support was few and far between. I felt as though I didn’t have space for either negative or positive thoughts. All of energy and attention was necessary to keep prodding ahead.

In my past four marathons, at the three hour mark of a marathon, I have quite a bit of running left to do. This was noticeably different. There was less than fifteen minutes of running left and it was time to empty the tanks.

As it turned out, the tanks were empty enough already, and maintaining pace was all my legs could manage. At this point, I was running back into the city, and the spectators were really turning up the cheering. I needed all the help here. The last couple miles bought blast of headwinds, the largest hill of the course and a sprint across the final stretch. I looked at the watch, it said 3:13, a PR of almost 26 minutes. Mission accomplished.

I got in to Chicago Marathon through the lottery early December 2018. Chicago was my second marathon back in 2016, and I had good memories from that year. Late 2018, I was on the road to recovery from lingering Plantar Fasciitis and feeling optimistic. I must have felt too optimistic though, as I hurried back into training only to get sidelined with a metatarsal stress fracture. To add to that, my shoulder got injured from rock climbing, making it a tough winter to go through. In mid March I was finally able to run/walk again and had to be careful to build back with caution.

In March, Chicago felt very far away. Injuries have plagued me since August, and I haven’t had a personal best race since April 2018. I decided that doing the NYRR 9+1 would be a good way to get back into racing and have more near term races. The first one was early May, Fiesta 5k race in Jersey City. It went well, giving me a boost in confidence.

It won’t last long though as the next one was Brooklyn half, where I went in badly suffering from allergies and after exiting Prospect Park at mile 7, I found it impossible to breathe. Thankfully Lisa, a running friend from Austin, found me and we jogged the rest of the way. It was demoralizing to go through, but every day cannot be a win.

In the following weeks, I was steadily increasing mileage, able to gradually get back to doing workouts again and do more NYRR races: the Italy run, Pride run, sprinkle in some trail runs. The benefit of all these was that I was able to enjoy running again. I was learning how to pace myself in shorter distances. At the same time, I had to be patient. Those were not my goal races.

As temperatures rose during the summer, so did mileage. In July, I got back to doing a 15 mile long run, my longest run of the year. After team championships, it was time to fully dedicate to marathon training. July, August, September combined a total of over 630 miles. This was the first time that I followed a training plan to run a Marathon. It was far from smooth sailing, however.

There were many times I thought the foot injury was back and things were at the edge of falling apart. I would show up at a workout at Central Park and wonder if this would be the day my training cycle would be over. I realized that the only way to get through them was to remind myself that I enjoyed the process, and if this was my last workout, I should enjoy it as much as I can.

During the lead up to the Marathon, I did all I could to sustain the workload. I introduced yoga, daily foam rolling, and core strengthening as ways to support myself as the mileage and training got more demanding. I made sure to never skip warmups and cooldowns around workouts. I prioritized sleep, tried to eat healthy and cut out alcohol completely as the race got closer. I ran my easy days really easy to ensure they promote recovery, running them primarily thinking about form and not the watch.

Then came the 20 milers, which were a steep learning curve after a long break. These runs are key in a Marathon training plan to get ready for when things get really hard during the last 10k of the race. As a tune up race, I ran the 18 miler NYRR run in Central Park. I made some mistakes in that race: started too fast, forgot my gels. I had to check back my pace at mile 7 since the effort was too much but then was able to recover and steadily progress again. Despite feeling spent after that effort, it gave me a lot of confidence executing close to marathon effort for that long.

I had a meeting with coach Forti and discussed race day planning. He suggested running 23 minute 5ks since it mapped well to my time goal. I haven’t tried this before, but I liked the idea of looking at my watch less.

During the two week taper, I significantly reduced mileage to let the body heal. More than a time goal, showing up at starting line healthy would be a great win and I wanted that win.

I stayed with Dashing Whippets teammates in Chicago, which helped with pre race nerves, since the whole group was going through it. The day before the race, we did a shakeout run with the Heartbreak Hill Running Company in Chicago. 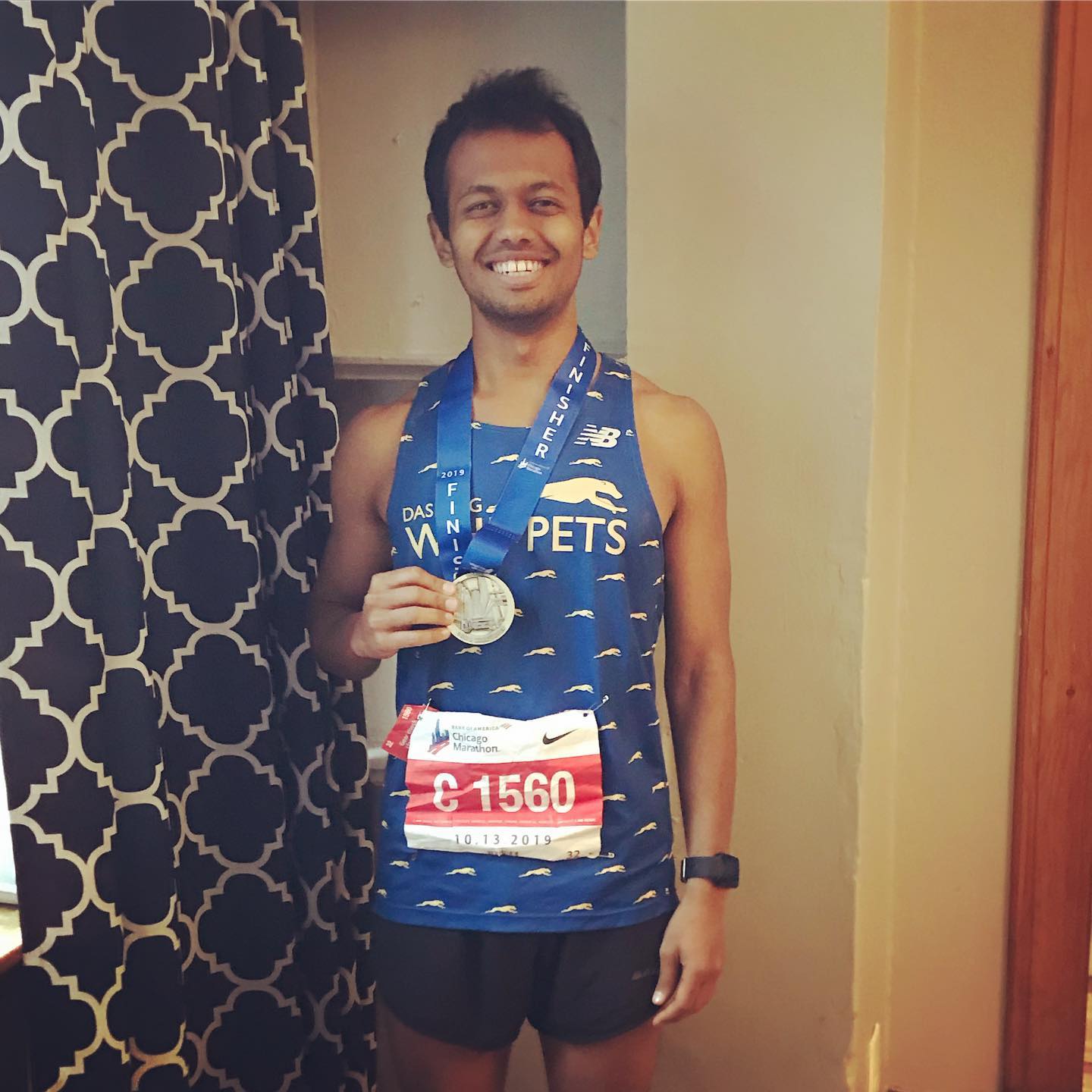 It felt really good after the race. You can hypothesize about a Marathon goal, but it is just a theory until it happens in a race. It vindicated that a lot of things were done right during this training cycle, and revealed areas of improvement necessary to run a stronger Marathon. Marathon is a complex puzzle piece, and all individual components need attention and care to come together on race day.

Where does this leave me? I am deeply grateful for this race, having converted a lot of work that happened during the last two years and not pick up a new injury. It’s a good place to be, but I do feel that progress from here is going to be significantly harder. A potential BQ is still very, very far away. I have decided to not worry about that too much though, rather try to get better at short distance running and do some trail running.